Virtual Private Networks for Business: Your Guide to Enterprise VPNs

What is a Virtual Private Network (VPN)?

Virtual Private Networking (VPN) is an encryption based method used to ensure that your web browsing traffic, network transactions, and emails, remain confidential.  If you’re not using a VPN cyber voyeurs can intercept your data to use and abuse for their own purposes. VPNs are an essential tool to block unwanted eyes from seeing what you’re doing online.

Should Your Business Use a VPN?

The digital transformation has reshaped the way a lot of us work. Workers are on the move more than ever, using public wifi in airports and coffee shops to get their jobs done. It’s normal for entire organizations to operate completely remotely and that means more organizational data is flowing over public networks than ever before.

Hackers are aware of this trend too and have moved out of the basement and into remote working hubs like  Starbucks to execute man-in-the-middle or wifi spoofing attacks.

How Does a VPN Provide an Extra layer of Network Security?

Using a device called a pineapple, cybercriminals can create a spoof of the public wifi allowing them to intercept all the traffic that flows over it. You see this a lot at hotels and airports in metropolitan areas.

And on HBO's Silicon Valley:

When you connect to one of these spoofed wifi access points, you will be greeted with a portal just like normal, except this one is controlled by a bad guy.

However, if you fire up your computer and connect to a VPN, all of the traffic from your machine is encrypted.

Even if it’s intercepted, your data is safe and unreadable by parties unwanted, be it hackers, law enforcement, or your internet service provider – your data is protected and private with a VPN.

When using a Virtual Private Network (VPN) to access business documents and applications it's important to remember that you're not in the office with a fast 1GB/second connection speed. You're at the mercy of the your home internet connection which is likely running at 10, 20, or 30 MBPS if you're lucky. No matter what your role is at an organization you will want to use a VPN with the strongest level of encryption without negatively impacting performance.

As you increase the strength of your encryption, you're simultaneously increasing the performance overhead. Essentially, stronger encryption requires greater bandwidth. If you're on a 20 MBPS connection and using a VPN tunnel with super robust encryption, you may only be realizing 10 or 15 MBPS. At this point it becomes a balancing act between security and productivity.

Managing and maintaining the security and operations of your VPN will require some time from your existing engineers, IT staff, or you can outsource this task to a Managed Service Provider.

Customer and corporate data is a priceless commodity that you are responsible for safeguarding. Maintaining a clean, secure, and operational business VPN is critical to this effort. 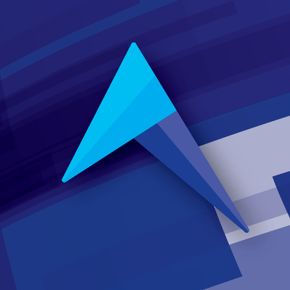 In his role as Unified Defense StrategiesSM (UDS) Technical Manager, Alex oversees the company’s Core Defense suite of services. He is responsible for overseeing the delivery of UDS solutions to customers, ensuring that all aspects — from implementation to ongoing support and management — are exceptionally provided.

Antivirus Software & Endpoint Protection: How to Secure Your Network

Is Office 365 Good for Your Small Businesses?