A recent storm in New Hampshire caused thousands to lose power and resulted in the third major phone outage of the month. If you depend on stable communications, in good weather and bad, it's time to consider implementing backup and redundancy plans for your businesses phone system.

These are primarily wired delivery, I.E. Phone Cables or via your ISP. There are also Cellular and Satellite wireless telco service solutions. Due to the relatively high price of the wireless solutions, these are relegated primarily to backup scenarios.

Each technology has its own set of features, prices, and purposes. They also have their own set of weaknesses.

PRI’s remain the standard bearer when it comes to stability.

They’re an end to end managed service with a constant data channel carrying current status information from the premise device, I.E. PBX or Voice Server to the dial tone provider. That means either end knows instantly when the other end is not capable to handle a call request.

Traditional PRI’s are great to work with but expensive.

They require fixed infrastructure and installation time may run from two weeks to two months due to line conditioning. One upside is they are powered from the Central Office, thus staying up during power failures.

To cut costs of PRI’s, some carriers use non-traditional methods to bypass the high cost of fixed infrastructure. For instance a cable company or other ISP will deliver PRI services via their data network using a “Pizza Box” on premise device. This means they deliver the same services using a shared network thus greatly cutting costs. One example of a “Pizza Box is Adtran’s Atlas Integrated Access Device or IAD.

The injection of the Pizza Box however creates its own failure point. 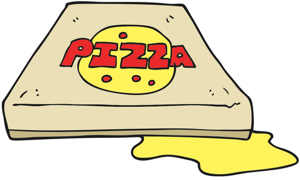 This box takes over communication with the premise PBX or Voice Server so the connection remains “Up” even if the cable/ISP company’s network cannot handle any traffic. That means if your system is programmed to fail over to other services when PRI X fails the system cannot detect the failure so continues to use PRI X. Thus calls are not routed around the failed circuit. Another issue is they are locally powered, so they’re dependent on the sites UPS’s and/or generator backup during power failures.

SIP trunks are being used more and more frequently due to price and flexibility.

A carrier can assign and deliver SIP trunks in hours or days when needed. These are delivered over existing ISP connections. They can be routed over any network that has the necessary bandwidth, with low latency and jitter.

For the most part SIP trunks are cheap, flexible, and easily manageable. Their inherent failure points is the ISP delivery. Any disruption, delay, jitter, etc. will be very obvious to the users. These trunks are further dependent on the ISP, Customers Data Network, and are locally powered.

When designing your network telco connectivity there are many factors to consider:

Ideally you’ll have designed your voice network to adequately handle the traffic expected per site.


Now look at the 30,000 foot view, it helps to have a network diagram for this. Cross out you main telco services. If these fail where would your best point in your network to have backup/redundant services delivered?

Diverse routing provides a safeguard against cable failures, giving you a new layer of resiliency with a secondary connection to your premise.

In the event that your primary connection is detached, data will flow via the secondary connection, ensuring your business doesn't miss a beat. 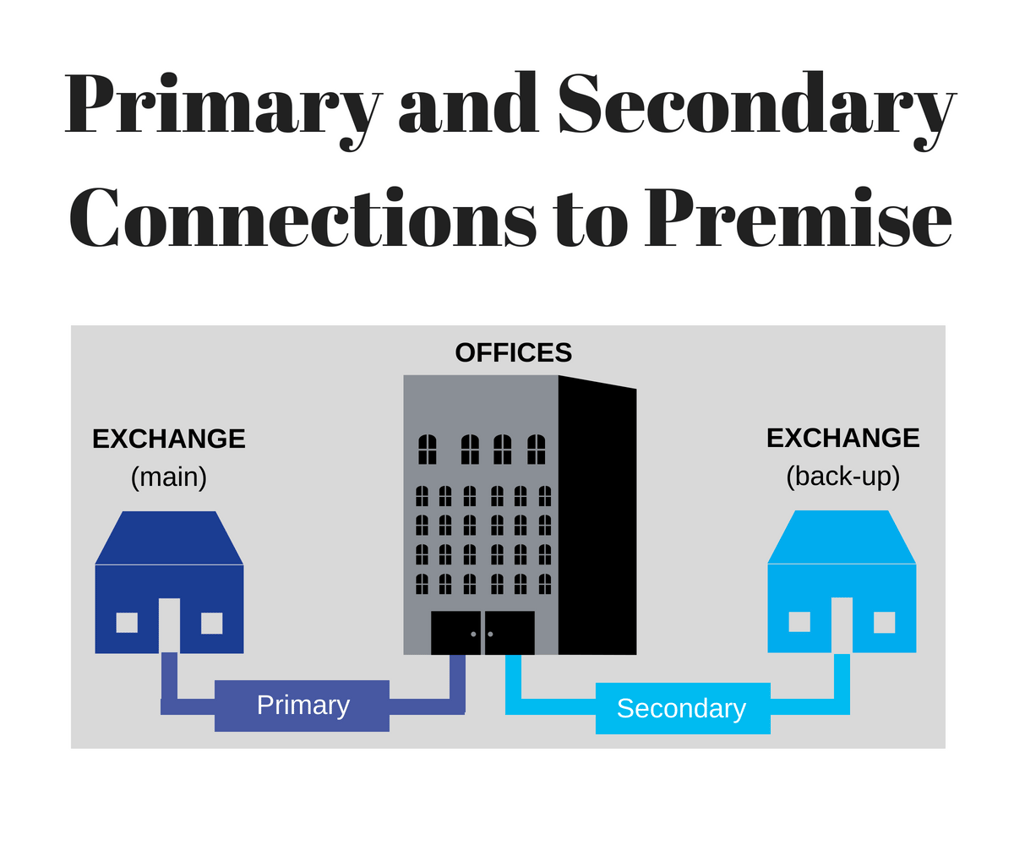 SIP, due to price and flexibility works great in your main or backup scenarios.

Hopefully your main telco service provider offers automatic rerouting of calls if service is interrupted. You can get a SIP supplier to give you a block of DID (Direct Inward Dial) or 800 numbers for calls to be routed to in failure mode. It is also a good idea to use these SIP trunks for outgoing calls at all times due to costs.

Go with diverse providers and routes if possible.

This would be a good time to discuss Cellular/Satellite backup. 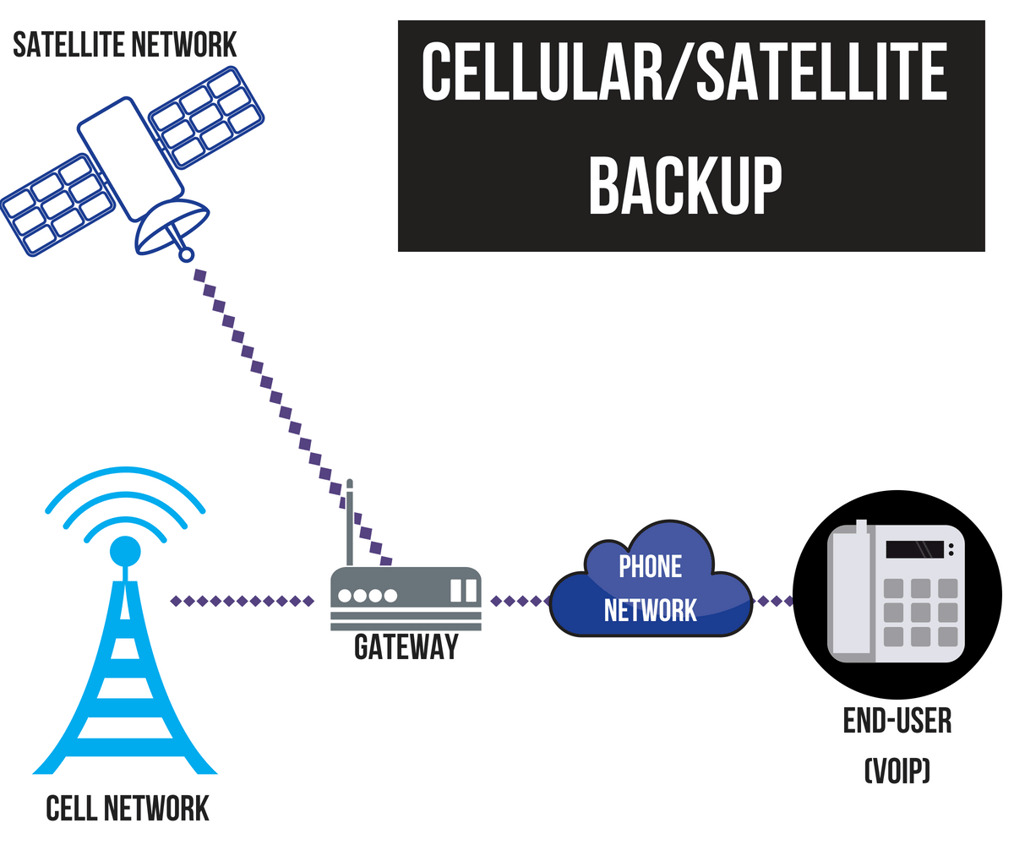 Cellular being by far the best choice here. Again, look to having multiple paths into and out of your system. Can you operate in the failure mode with 5 paths in and out or do you need 20? Can you get the calls re-routed as described above to these new circuits? There are many different approaches by the different cellular providers that need to be worked out prior to implementation of this backup solution. One great aspect of Cellular is backup for alarm monitoring and reporting to the central station. Cellular is almost impossible to block.

Failures happen. We serve many high availability customers with various network topologies. Sometimes the customers don’t bring us in for the planning, just the implementation portion. The better approach would be to get all the players on a Microsoft Teams meeting (or something of the like), and fine tune the plan using the best services from each carrier or supplier. Also, if a failure happens, do a postmortem to go over the failure point and fix that issue.

Clark’s technical expertise began early during his service in the U.S. Air Force as a Teletype/Crypto Repair Technician at a top secret facility in Italy. There, he worked on equipment for the U.S. Air Force, U.S. Navy, the CIA, and other forces and agencies. After leaving the military, he joined the family business, and for more than thirty years has piloted numerous projects and assumed a variety of positions.

The Difference in Today's VoIP PBXs