Large or small, privately owned or corporate, ransomware isn’t picky. This point never became more of a reality for Morrisonville's Tony Searing, Franchise Owner of Hospitality Recruiters of New York, LLC, than in May 2017. What started out as an average day fulfilling placements and vetting candidates turned into havoc when Tony’s network was hit with ransomware.

At the time of the attack, Tony was well-educated in the ways of ransomware and what to look out for in malicious activity. However, on that particular day, what looked like an average resume turned out to be just the thing that took his network down.

Luckily, Tony acted quickly and was able to get his system up and running without having to pay the ransom. Though his system had been revived and network running, Tony realized that there were still some glitches and disconnects with specific software that prevented him from operating his business to the best of his ability. He sought professional help from the experts at Twinstate Technologies® who were glad to help find whatever final issues may still be left on his computer.

Without hesitation, Twinstate’s team invited Tony in and dedicated the time necessary to thoroughly clean out his computer and any software that had been affected by the ransomware attack. For Twinstate, it wasn’t just about having the ability to fix Tony’s problems, but it’s always important to provide exceptional customer service to any client while putting ourselves in our customers’ shoes.

Though it took the Twinstate team a short span of time to resolve all of Tony’s issues, for him, it meant he could rest easy knowing that his network was no longer at risk and his business could operate as though an attack never happened. To find out more about how Twinstate Technologies was able to help Tony, read our case study. 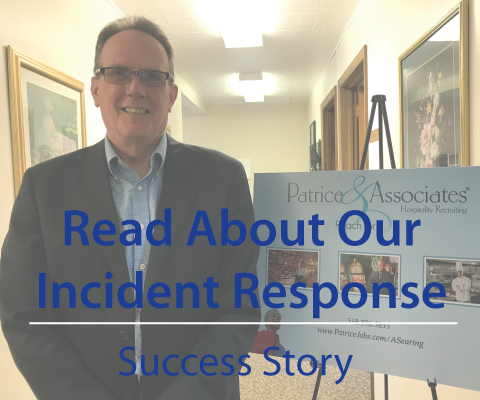 Read other Twinstate Success Stories by visiting our Knowledge Center.

The Value of Working with a Heritage Brand